Last week I returned from a great trip to Boston, which included my first experience of GNOME Boston Summit – a three-day event that was held at MIT over the Columbus Day weekend.

Boston Summit comes at the beginning of a release cycle, which makes it a good opportunity to plan ahead and think about priorities for the next release. It was for this reason that I really wanted to be at the event this year. It gave me a chance to talk to people, find out what they are interested in working on, and figure out what I should be focusing on for the next six months.

True to its billing, GNOME Summit was an unconference: we started with a blank schedule, listed what we wanted to cover, and worked from there. I enjoyed the flexible nature of the format. Having the opportunity to shuffle sessions around on each day meant that we could adjust our focus as the event progressed.

A few of the sessions were particularly productive for me. We had an excellent one on multi-monitor support (you can see my notes from this on the wiki), and was also a really useful conversation about marketing.

I came away with pages and pages of notes from discussions I had with people, and with a long list of things to do. I’ve already started to tackle some of these and, true to form, spent much of the flight home working on mockups. This work has started to land in the design repository and on the wiki, and expect plenty more to appear in the weeks and months ahead.

I’d like to thank everyone who made the summit possible. Colin Walters did a fantastic job organising this year’s event. Thanks also to Walter Bender, who helped to organise the rooms at MIT, and to Marina and Christian, who both ran some great sessions for new contributors.

I would also like to thank the GNOME Foundation for sponsoring my trip. 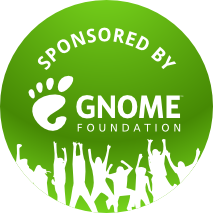 This entry was posted in design, gnome, gnome-ux. Bookmark the permalink.

1 Response to A Much Belated Boston Summit Blog Post